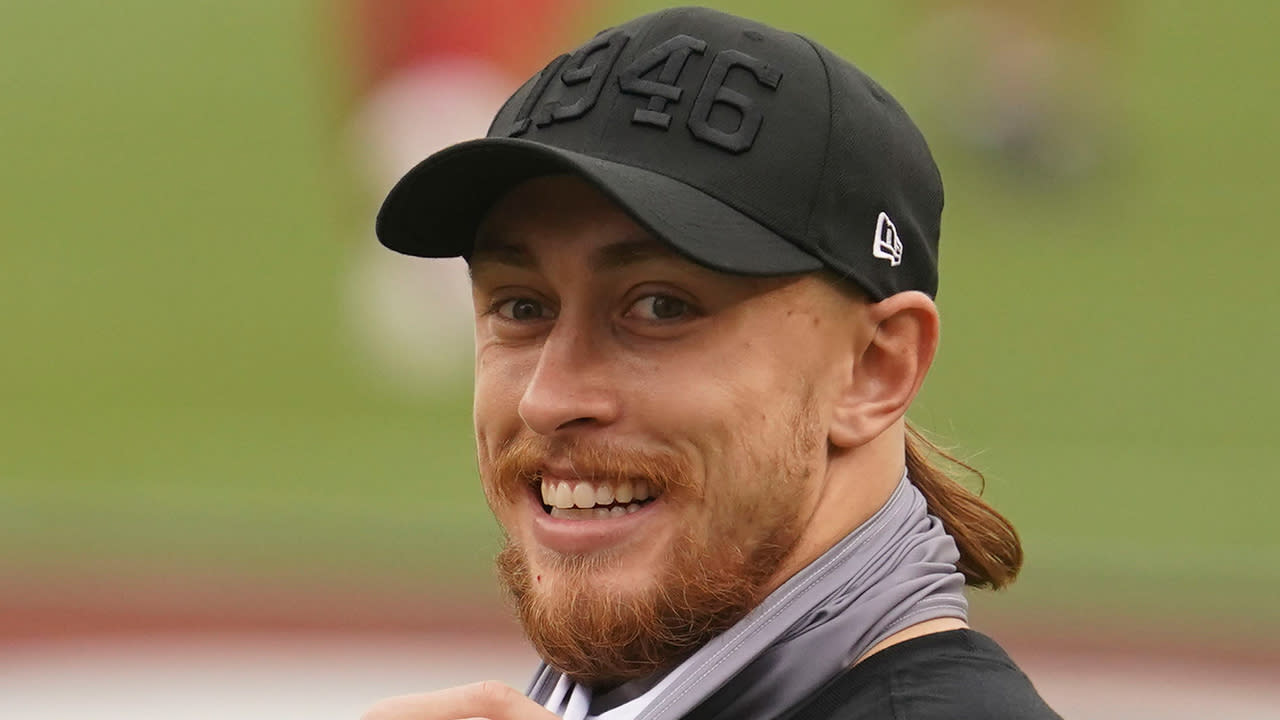 The NFL reportedly is considering modifying its rules on numbers players can wear based on their position, and 49ers tight end George Kittle already is eyeing one of his teammates’ number.

Kittle commented on an Instagram post from B/R Gridiron and tagged 49ers wideout Brandon Aiyuk, hoping to secure the second-year player’s jersey number if he ends up changing. Aiyuk responded by asking the league’s highest-paid tight end to pony up some cash in exchange.

The tight end edged Aiyuk out by seven yards after the catch in 2020, even though he played four fewer games than the rookie.

Aiyuk, who wore the No. 2 during his two seasons at Arizona State, doesn’t seem keen on changing his number to a single-digit, as he expressed on Twitter Thursday morning.

The league long has had stringent rules on which numbers players are allowed to wear based on their position, rules that never were adopted at the high school or collegiate level.

It’s unclear why Kittle would want the No. 11, as he wore 46 at Iowa and the No. 9 during his high school days.

Deebo Samuel also chimed on the discussion between his fellow 49ers pass-catchers, saying that he hopes to garner No. 1 if the rule changes are ratified.

We could see a whole host of 49ers with new jersey numbers by the time the 2021 season rolls around if the rule changes go into effect, but it doesn’t seem likely that Aiyuk will be among those electing to change it up.