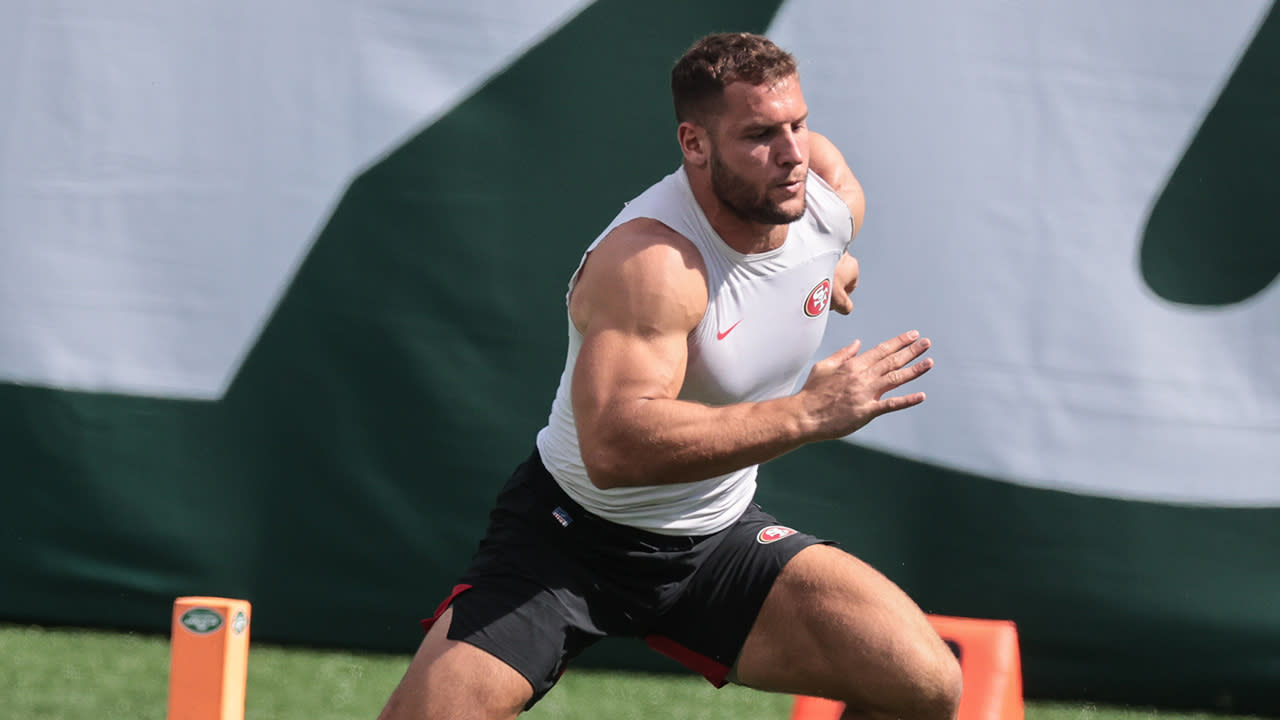 Nick Bosa appears to be making excellent progress in his recovery from an ACL tear early in the 2020 season, as the 49ers defensive end shared a workout video to his Instagram story on Thursday morning.

Bosa tore his left ACL in the 49ers’ Week 2 win over the New York Jets. He had surgery in late September, and missed the remainder of the 2020 season.

He told ESPN’s Josina Anderson in February that he believes he will be better when he gets back on the field in 2021, which might be a tall task given the phenomenal rookie season he put together in 2019.

Bosa racked up 47 combined tackles, including nine sacks to go along with two fumble recoveries and two pass deflections. He then followed that up with a dominant postseason run, getting four sacks in three playoff games, including a strip-sack of Patrick Mahomes in Super Bowl LIV.

The 49ers lacked a consistent pass rush in 2020, and Bosa’s return will be an integral part of bringing that pressure up front back this upcoming season.

He looks to be on a great track to full recovery, and everyone in the organization likely can’t wait to get him back on the field in a 49ers uniform.

By Gzero NewsWire
48 mins ago
NFL