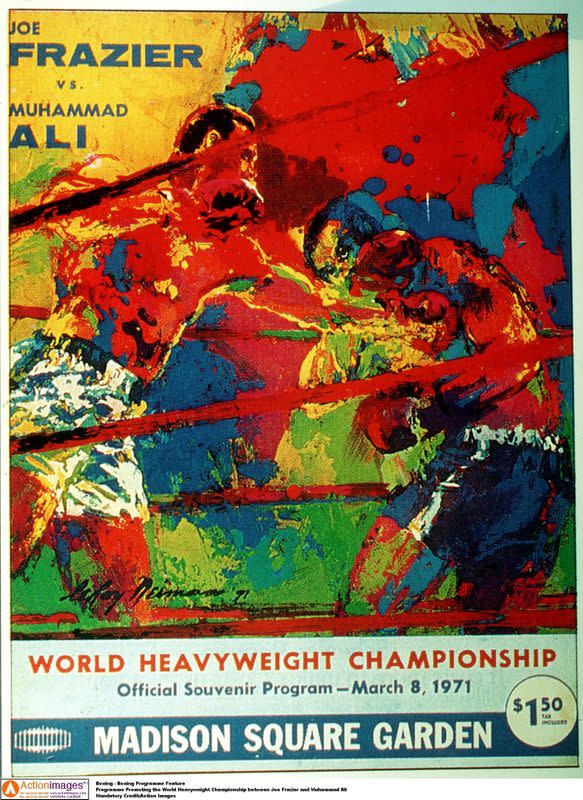 (Reuters) – Many events stake a claim to be considered among the sporting clashes of the century and few live up to the hype but any shortlist of contenders for the greatest of all time must include the first fight between Muhammad Ali and Joe Frazier.

To be worthy of this recognition such battles must withstand the test of time and refuse to fade from memory or meaning.

They are not fleeting displays of magnificence but monolithic moments that are part of the sporting historical record remembered for more than a winner and loser.

For boxing that moment came at Madison Square Garden on March 8, 1971 when unbeaten heavyweights Ali and Frazier fought in what remains, just as it was advertised that night 50 years ago, the “Fight of the Century”.

“It was a magical night that I will never ever forget,” recalled legendary boxing promoter Bob Arum, who was ringside for the 15-round battle won by Frazier in a unanimous decision.

“We talk about this fight, and rightly so, as the biggest boxing event, if not the biggest sporting event, of all time, the question is why?” said Arum.

“We knew Ali had never lost and not been allowed to fight for three and a half years, he was on the comeback and Joe Frazier… was the undisputed interim champion so there was a lot of boxing interest.

“But that is not what really made it the greatest sporting event that I have ever witnessed, it goes back to politics.”

As boxing historians and commentators have noted, there have been fights that generated as much drama, even sparked more emotion, but few sporting occasions have been capable of grabbing a global spotlight for those reasons alone.

What elevates a competition above all others and puts it on a pedestal for generations to reflect on is not just suspense but underlying tension, making the outcome more important than the awarding of a trophy or championship belt.

The first fight in the Ali-Frazier trilogy was one of those events – a convergence of sport, politics and culture, with the Vietnam War as the backdrop for a spectacle that highlighted a nation’s divisions rather than bringing the country together.

“There will never be another heavyweight fight like that again,” Jerry Izenberg, boxing historian and author of the best seller “Once There Were Giants: The Golden Age of Heavyweight Boxing”, told Reuters. “Everybody cared who won that fight for reasons that had nothing to do with the fight.

“It was Vietnam that’s what it was about.

“Ali and Frazier, they were symbols of the divide in the country that united people on one side or the other.”

As pure sporting spectacles go, Ali v Frazier ticked every box. Ali was billed as the The Ring/lineal heavyweight champion and Frazier entered the ring as interim WBC/WBA title holder.

Two former-Olympic champions, undefeated as professionals, in a classic match-up of contrasting styles and temperaments.

In one corner was the charismatic Ali, conscientious objector hero of the peace movement, who had been stripped of his boxing licence and titles for refusing the military draft that kept him out of the ring for more than three years.

In the other corner, Frazier, the conservative-leaning blue collar brawler with the thundering left hook.

Each boxer would be paid the then unheard of sum of $2.5 million as the fight game entered the world of pay per view.

Madison Square Garden on March 8 became a magnet for the world’s media and A-listers from movie stars to astronauts, all sensing something special was unfolding.

Arum, who has promoted some of boxing’s biggest fights doubts the sport will ever see another “Fight of the Century”.

There are some appealing fights and fighters out there like Britain’s Tyson Fury and Anthony Joshua, who are set to clash in a world heavyweight unification bout, but none capable of packing the punch Ali and Frazier did.

“Tyson Fury he’s a great personality but he is no Ali,” said Arum. “If you ask me who is the next Ali or Frazier there ain’t no next.

“There will never be another heavyweight fight like that again.

“There have been fights since, other fights that have been maybe more action, more exciting but nobody who listened to it, saw it, or was there will ever forget it.

“That really says something.”

(Reporting by Steve Keating in Toronto; Editing by Ken Ferris)