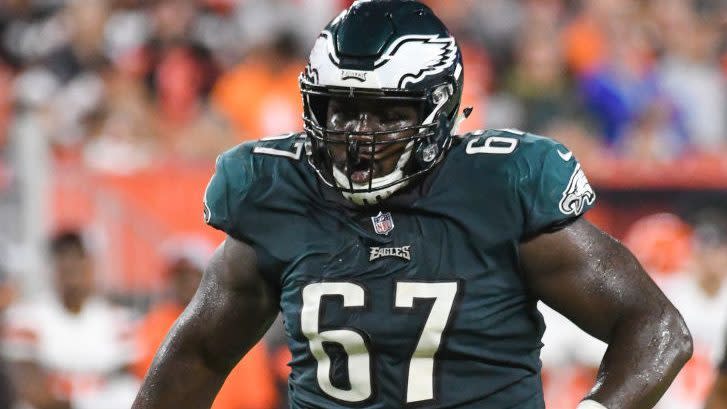 The Seahawks released guard Chance Warmack in February, but it looks like the door for a return remains open.

Jeremy Fowler of ESPN reports that Warmack is visiting with the team.

Warmack was released after opting out of playing during the 2020 season due to the COVID-19 pandemic. His contract for that season would have tolled to this year if the Seahawks had not dropped him from their roster.

The Titans made Warmack the 10th overall pick of the 2013 draft and started 46 games over his first three NFL seasons. He went on injured reserve after starting two games in 2016 and then signed with the Eagles as a free agent. He played in 20 games for the Eagles.

By Gzero NewsWire
59 mins ago
NFL