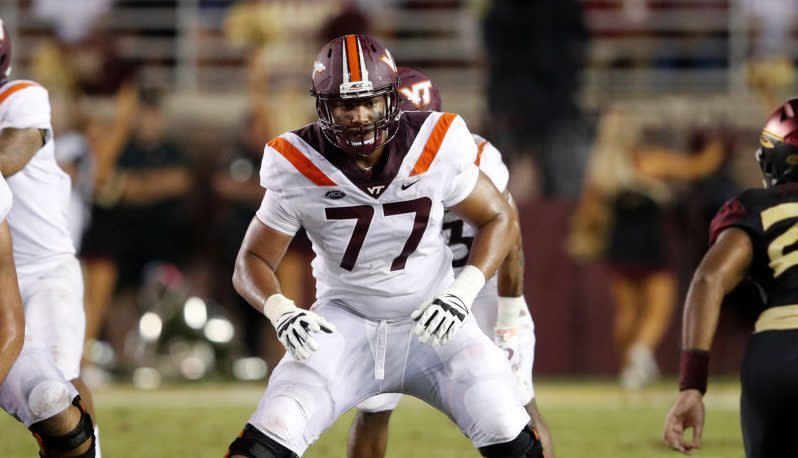 The Chargers need a left tackle. That is obvious to anyone and everyone.

Sam Tevi, who started 14 games at left tackle for the Chargers last season, signed with the Colts earlier this offseason. The Chargers do not have a good option to protect prized quarterback Justin Herbert‘s blindside.

“Yeah, there certainly [is] a hole there right now,” Chargers coach Brandon Staley said Thursday. “We feel like we have some tackle prospects on the roster that can certainly play there. But it’s gonna be certainly a position that we need to address you know, before July. As you know, there’s a lot different ways to address it within the draft, free agency, trade. So there’s a lot of different ways that you can do that. Definitely that’s gonna be a piece that we need to fill before July and we’re excited to do it. But we really like the way we’ve started in free agency with the interior of our line.”

The Chargers have the 13th overall choice, and though Oregon left tackle Penei Sewell said it “would be a dream come true” to block for Herbert again, Sewell isn’t likely to remain on the board that long. Virginia Tech tackle Christian Darrisaw and Northwestern tackle Rashawn Slater also are first-round prospects.

The Chargers signed center Corey Linsley and guard Matt Feiler in free agency, but until they find a left tackle, the team’s line remains wanting.

Raiders meeting with SS Karl Joseph after a year apart