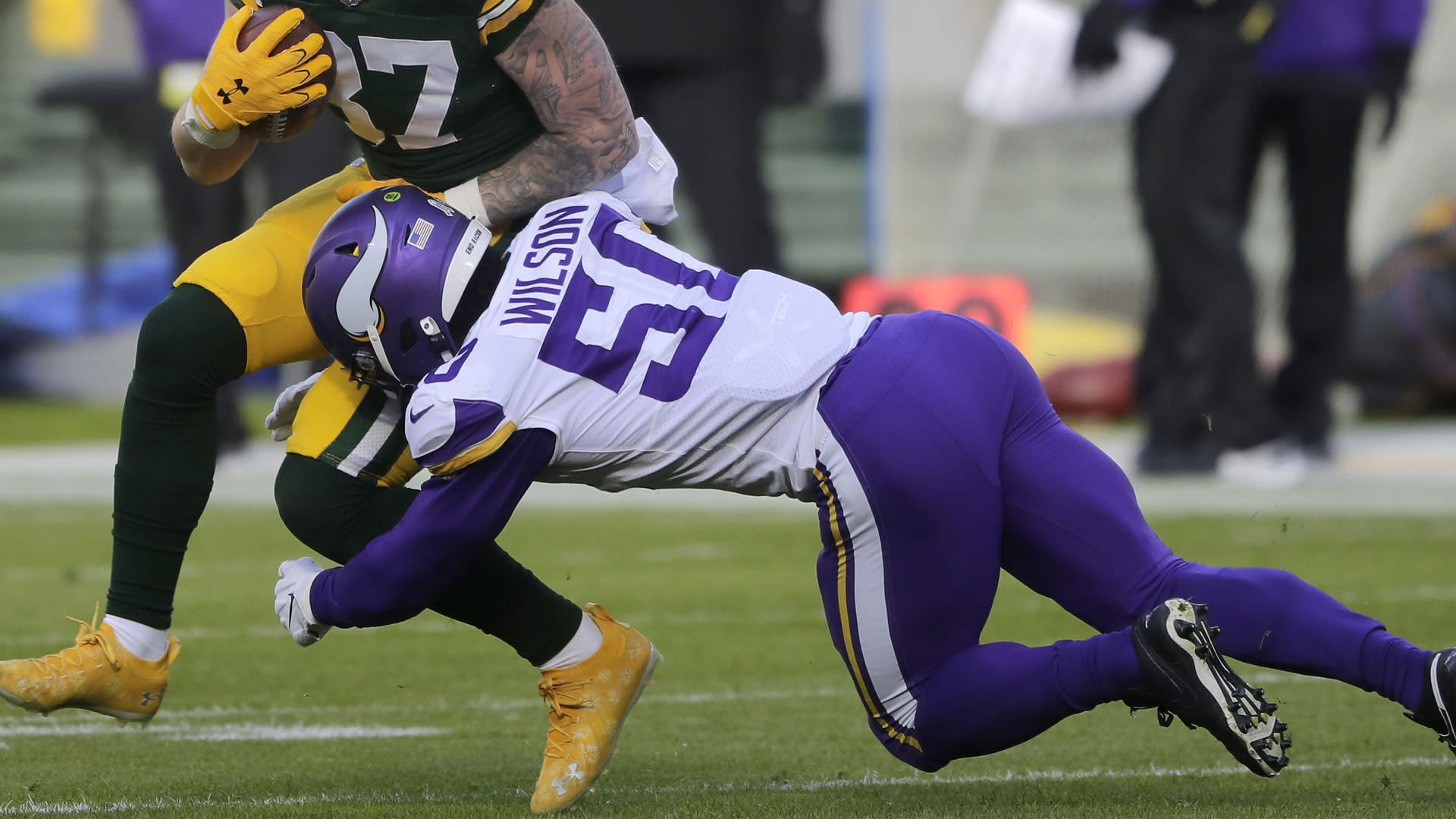 The Eagles have made two significant defensive free agent signings this offseason and both of them are players from Minnesota, who have played under Mike Zimmer and crossed over with Jonathan Gannon.

This doesn’t appear to be a coincidence.

Before Gannon’s three years under Matt Eberflus in Indianapolis, the Eagles’ new defensive coordinator was with Zimmer and the Vikings for four seasons. And now that the Eagles have signed linebacker Eric Wilson and safety Anthony Harris, it seems pretty evident that Gannon is going to be bringing plenty of staples from Zimmer’s defense with him to Philly.

That’s not to say that Gannon is going to simply copy Zimmer’s defense; Gannon is regarded as a smart young football mind and will add his own twists, especially after his time in Indianapolis. But it’s safe to say that there are going to be plenty of similarities.

And adding a linebacker and safety — two natural leadership positions in any defense — should help Gannon implement a scheme with familiar footing. And having Wilson in town should also help 27-year-old linebackers coach Nick Rallis (who comes from Minnesota as their assistant linebackers coach) take over that position group.

The Wilson signing feels an awful lot like when the Eagles signed Nigel Bradham in 2016 as Jim Schwartz installed his defense.

But with Schwartz, there was no question about what his defense was going to look like. He had been a defensive coordinator and even a head coach before arriving in Philadelphia. This is Gannon’s first crack at the job, but he appears ready. At least that was the feeling around the league. Had the Eagles not hired Nick Sirianni as their head coach, it still seemed very likely that Gannon was destined to be a defensive coordinator somewhere.

Earlier this offseason, we had Vikings beat reporter Andrew Krammer from the Star Tribune on the Eagle Eye podcast. At that time, the Eagles hadn’t yet signed Wilson but they had signed Harris, so I asked Krammer what Eagles fans should know about a Mike Zimmer defense. This is what he said:

“It’s a lot of aggressive cornerback play. It’s a lot of press man coverage. They will adjust to their personnel certainly. But over time, if it is truly going to be that, they’re going to look for long cornerbacks who can get into receivers’ faces, deal with big receivers and then allow their safeties to do their thing and kind of be a little less predictable. Zimmer likes his safeties, in that kind of system, to be interchangeable as much as possible. While I said Harrison (Smith) likes to play up in the box and Anthony (Harris) deep, they will move these guys back and forth a lot. They want the guys to know both positions.

“Intelligence is going to be so important playing under Jonathan Gannon because they’re going to ask these guys, I’d assume, to learn every single role. It’s not just, ‘You’re an outside corner, go do that.’ It’s, ‘No, you need to know what the nickel does because in case somebody gets hurt, you might need to move inside there.’ They’re going to cross-train these guys quite a bit and that comes with giving the freedom to somebody like Anthony, I know he enjoyed it so much, to be able to fly around the field and just read quarterbacks. That’s when he was at his best in 2019. And if Jonathan picks anything up from Mike Zimmer and how he wants to run his defense, it’s going to be giving those safeties a lot of freedom to work with. He knows Anthony, he knows how smart he is and I think you’re going to see him put him in those free safety cover spots and trust him to read quarterbacks. Underneath, like I said, it’s going to be a lot of aggressive coverage from the corners.”

Since taking over in 2014, Zimmer has had some very good defenses. Here are the Vikings’ defensive rankings in his seven years at the helm:

As you can see, the Vikings’ defense really bottomed out last season. But they were hit hard with injuries and have really gone crazy in free agency this offseason to add more talent. Aside from that, even Zimmer has admitted that it’s time for him to change with the times and make some more significant changes to his defense.

So it’s fair to wonder if Gannon was already thinking about some of these changes, being innovative with Zimmer’s defense but updating it for the modern NFL.

But let’s get back to those staples. Back in 2015, the Daily Norseman did a really nice job outlining some classics from a Zimmer defense. This is from that article:

Traditionally, Zimmer’s defenses have also done a good job mixing up and disguising coverages, which we should probably expect to see from Gannon’s defense in Philly. And, yes, we’ll see more two-deep safety looks with Gannon than we saw with Schwartz.

But even before the rough 2020 season, we had seen changes from Zimmer’s defense over his time in Minnesota, as outlined by this 2020 story from The Athletic’s Arif Hasan.

While we’re sure to see plenty of staples from Zimmer’s defense in Minnesota and sprinkles of what Gannon picked up in Indianapolis, we know how important it is to Sirianni to mold scheme to players. That should also transfer over to the defensive side of the ball. And that means Gannon will likely work within the framework of his base of defensive ideas but also be willing to mold and adapt.

At least he’ll have two players in house to help him install his defense.

Report: Ex-NFL player kills 5, then himself