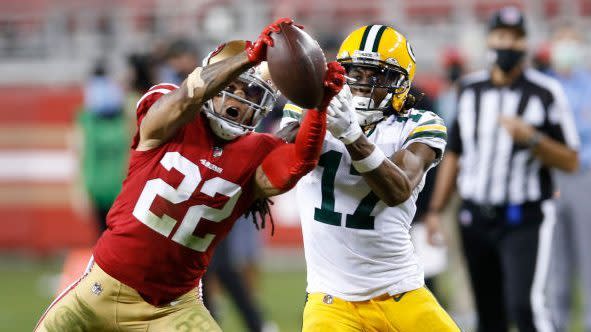 The future of Jimmy Garoppolo as quarterback of the San Francisco 49ers became rather murky after the team executed a trade to move up to the No. 3 overall pick in the NFL Drafter last month.

Cornerback Jason Verrett re-signed with the 49ers this offseason on a one-year deal after spending the last two seasons with the team. Verrett has seen Garoppolo help lead the 49ers to a Super Bowl appearance two seasons ago and have another injury-plagued season that has the team eyeing other options at the position.

Verrett said on Tuesday that Garoppolo has the support of his teammates and he’s shown them the kind of player he can be.

“We all as a team and as an organization have the utmost respect for Jimmy,” Verrett said, via David Bonilla of 49ersWebZone.com. “We trust him, everything that he’s done, obviously he led the team to a Super Bowl.

Garoppolo threw for 3,978 yards with 27 touchdowns in a full 16 games played in 2019 en route to a Super Bowl appearance against the Kansas City Chiefs. One of the biggest issues with Garoppolo has been his lack of availability. He got hurt as a fill-in starter for Tom Brady with the New England Patriots in 2016, played just three games in 2018 before tearing the ACL in his knee, and played in just six games last season.

Regardless of his support of Garoppolo, Verrett said he trusts the team’s front office with whatever choice they make.

“[As] far as what they do with the draft and trading up, I’ve got no control over that,” the cornerback said. “I know John and Kyle are going to do what’s best for the organization and add players that we need to help us win.”