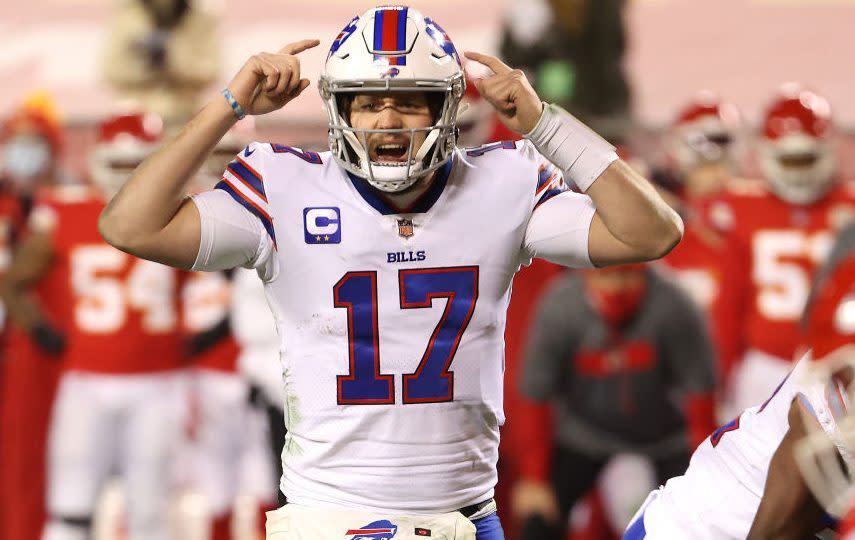 Bills quarterback Josh Allen likely won’t have the franchise tag applied to him. Which would be fine by him.

Asked on the 10 Question with Kyle Brandt podcast about the possibility of the device that has kept multiple franchise quarterbacks in place over the past two decades, Allen initially said, “Eww.”

He then said more.

“I don’t think it’s great for the team, nor the player,” Allen explained, via NFL.com. “Again, I need to do more research on it, but if you look at the guys that’ve been tags in the past couple years, as far as the quarterback position goes, it was Dak [Prescott], and Kirk Cousins. And at the end of the day, you could make the case that they should’ve just done the deal the year prior, or a couple years prior. So it is what it is. At the end of the day, whatever happens, happens. It’s not gonna deter me from trying to be the best quarterback for the Bills.”

First, it’s bad for the player (and good for the team) for the first year, because it keeps him from getting a long-term deal and forces him to carry the risk of injury and sudden, Carson Wentz-style ineffectiveness before getting a major payday.

Second, it’s great for the player (and bad for the team) in the second year, because it forces the team into a corner. If the team wants to keep the player over the long haul, the leverage that comes from the possibility of becoming a free agent in the third year of the franchise tag (given the looming 44-percent increase over the second tag) can shoot the player to the top of the market, like it did for Prescott.

This year, the reduced salary cap makes it harder to do a major quarterback contract. The Cowboys found a way to do it with Dak because they had to. The Bills likely can get away with waiting for a year and then putting together an offer based on the prevailing market at the time or, quite possibly, a sum of the option-year salary and a pair of franchise tags over the first three years of a long-term contract. (Still, waiting a year quite possibly will make a second contract more expensive, absent injury or regression.)

Finally, there’s a chance that the Bills simply want to see whether Allen can repeat what he did in 2020. The Wentz and Jared Goff second contracts, given after only three years, provided a strong cautionary tale for any team thinking about rushing in with a market-level deal that it’s possible the team will soon regret it.

For Buffalo (and Cleveland and Baltimore), the key becomes finding the sweet spot between regret for moving too fast and regret (like the Cowboys are experience) for moving too slowly.