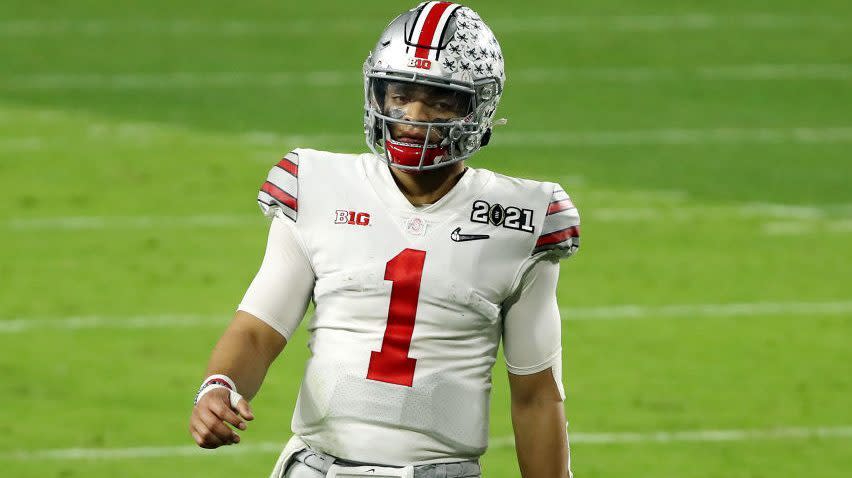 Justin Fields got high marks for his workout at Ohio State’s Pro Day last month and said that he welcomed a chance to work out again for anyone that wasn’t able to make it to that session.

That session is set for next week. Fields’ agent told Matt Barrows of TheAthletic.com that he is set to throw at another workout on April 14.

Word of Fields’ plans for a second workout surfaced during a press conference with 49ers head coach Kyle Shanahan after the Niners traded for the third overall pick. Shanahan and General Manager John Lynch were set to attend Alabama’s Pro Day to watch Mac Jones at the same time FIelds was working out and Shanahan said plans for another workout were underway.

With Trevor Lawrence and Zach Wilson looking like good bets as the top two picks, Fields, Jones, and Trey Lance are jockeying for position on the quarterback draft board.