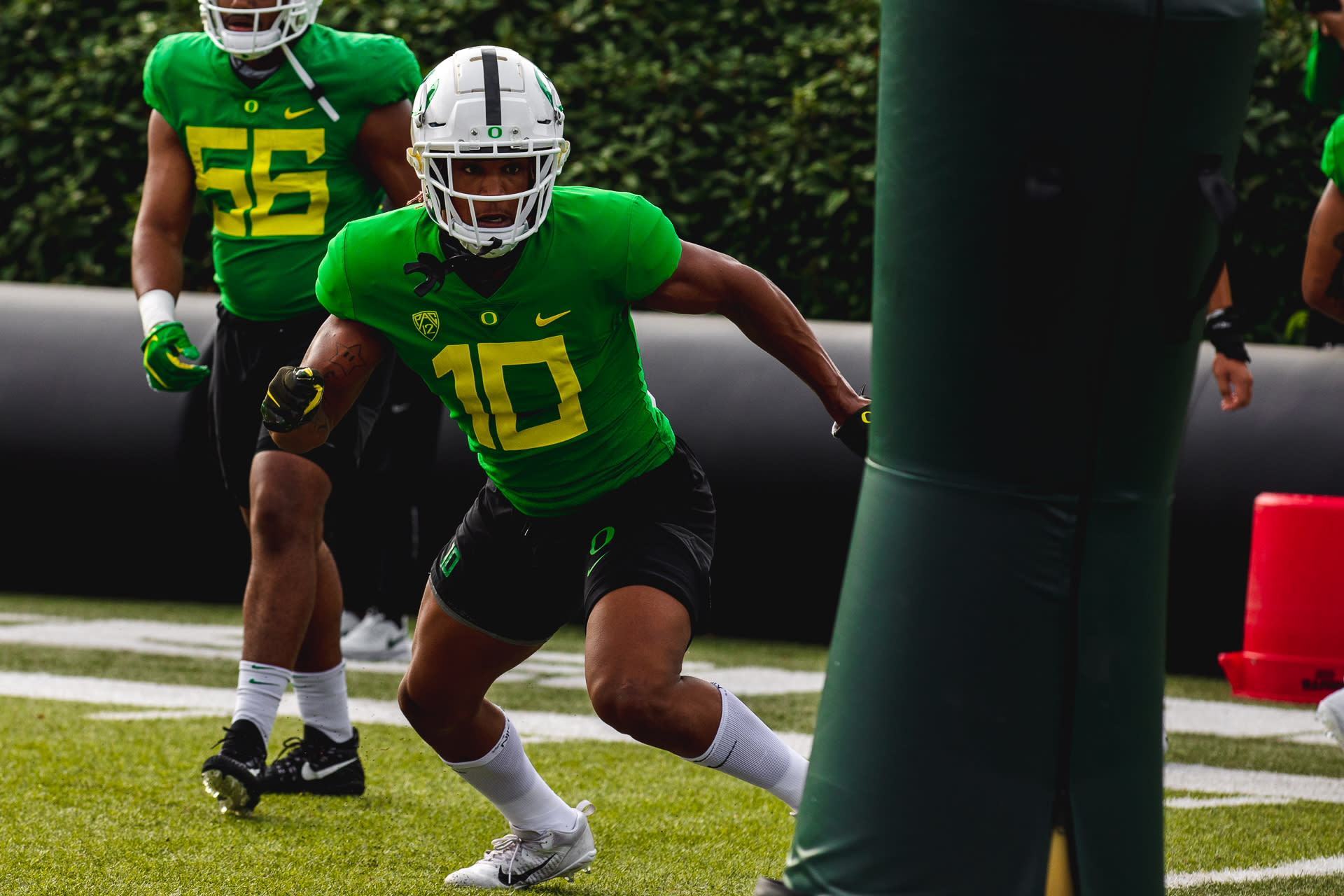 Oregon fans have been patiently waiting to see Justin Flowe in action, especially after the former 5-star linebacker missed all but one game of his first year on campus due to a torn meniscus.

“Justin Flowe progressed really well, and we expect him to be full-go in two weeks,” Cristobal said. “He’s been participating in a limited manner.”

While Noah Sewell was named a Freshman All-American, Flowe only saw action in one game where he made a single tackle against Stanford.

Ducks fans have dreamed about the 5-star duo of Noah Sewell and Justin Flowe for years and it’s looking likely they’ll see the combo share the field in the Spring Game on May 1st at Autzen Stadium.

Due to the coronavirus pandemic, Flowe still has true freshman status for the 2021 college football season. But given the pedigree of his recruiting profile, he’s expected to declare for the 2023 NFL Draft after three years at Oregon.

Coming out of high school, Justin Flowe was the nation’s No. 1 inside linebacker and No. 11 player overall in the 2020 recruiting class. In fact, he’s the second-highest-rated player to ever sign with Oregon, only trailing Kayvon Thibodeaux who’s likely a top-five pick in the 2022 NFL Draft.

Flowe, senior Isaac Slade-Matautia, and Noah Sewell are expected to see ample playing time at inside linebacker this upcoming season.

If Washington is thinking QB in the draft, here are two names that make sense

By Gzero NewsWire
8 hours ago

Prepping for new NIL laws, with or without NCAA