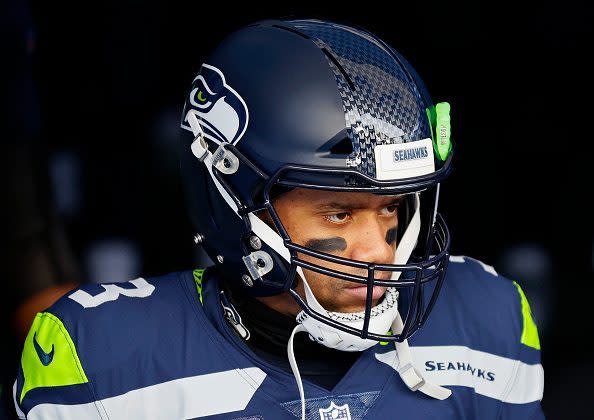 “I think it’s kind of headed, unfortunately, in the same direction [as Lynch and Sherman],” Moon said on the Huddle & Flow podcast with Jim Trotter and Steve Wyche of NFL Media. “I think right now it’s almost like a marriage that’s started to just have squabbles, and they’re squabbling about certain little issues, whether it’s pass protection, whether it’s talent. There’s all these little squabbles going on right now. And I think because of Russell’s contract situation, there’s not a whole lot the Seahawks can do as far as moving him somewhere else, even if they wanted to.

“So I think he’s definitely there this year unless they just want to take a hit and not become a really good football team for a year or so. But I think that the marriage is not going to end very well going down the road. I think this squabble is going to turn into more of a separation and then a divorce at some point. And that usually happens with most players anyway. You just don’t like it to happen because of the two sides not getting along.”

The Bears made an “aggressive pursuit” of Wilson, but the Seahawks said no to a trade.

That doesn’t mean Wilson will finish his career with the Seahawks, though, even with Carlos Dunlap saying Tuesday that Wilson told him the quarterback is in Seattle to stay.