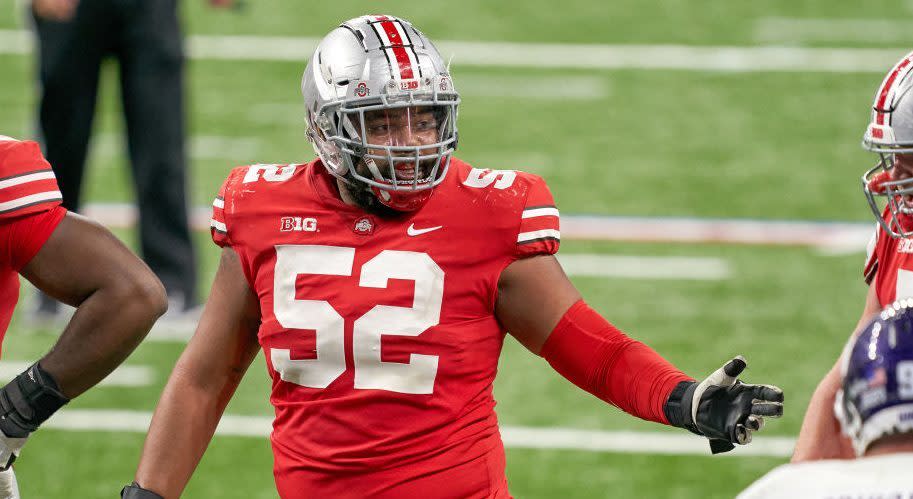 Ohio State guard Wyatt Davis is one of the top offensive linemen in the 2021 NFL draft. That’s why the NFL invited him to Cleveland for the draft.

Davis wants to watch the draft with his family but will participate virtually. Davis is the grandson of Pro Football Hall of Fame defensive end Willie Davis, who died last year.

Clemson quarterback Trevor Lawrence, BYU quarterback Zach Wilson and Ohio State quarterback Justin Fields were not on the list, though the NFL still could add to the list of attendees.

If Washington is thinking QB in the draft, here are two names that make sense

By Gzero NewsWire
9 hours ago

Prepping for new NIL laws, with or without NCAA